So, like most of the rest of the world we are essentially in lockdown again because of COVID 19. No one has actually said the dreaded l-word, but come on, we can’t invite anyone into our homes who doesn’t already live there, we’re restricted to ordering take-out (if we’re brave enough), and nearly every form of mass social interaction has been put under closure or extremely close to it. The only busy places these days are hospitals and emergency rooms.

God bless all the doctors, nurses and other front-line health care workers who continue to make sacrifices on our behalf. I am sure when this pandemic is finally over that there will be an annual global day of recognition instituted to pay tribute to their heroic efforts.

But this post is not a rant about COVID. No, it is about trying to get into the Christmas spirit.

And, I have decided that one way to do that, besides decorating super, super early, is to watch a Christmas or holiday themed movie or show every day from now until the BIG day.

This actually started a couple of weeks ago when I watched Bridget Jones’ Diary for the umpteenth time. Then I watched Last Christmas. Followed by The Man Who Invented Christmas.

I thought my pace of watching schmaltzy holiday movies was pretty good, though indulging a little early, but, what the hey. Then, new, tighter, more restrictive measures were put in place in the ongoing battle to manage the pandemic and I thought, somethings gotta change. Seeing as I’ve got to spend the bulk of my retired life cooped up in the house I might as well try and enjoy my time. Thus, the idea I mentioned above, was born.

It began in earnest last night with The Christmas Chronicles. If you haven’t watched this one yet, then do. It’s tons of fun, Kurt Russel is amazing as a pretty hot Santa, it’s cute but not too-cute, and it’ll leave you feeling good without having your heart torn out and stomped into fake snow. It’s playing on Netflix right now, but I’m pretty sure it can be found on many other stations. (Is that an old-fashioned reference?) Lol. You’ll figure it out.

I’ll be back tomorrow with a brief run-down of what I watched today. 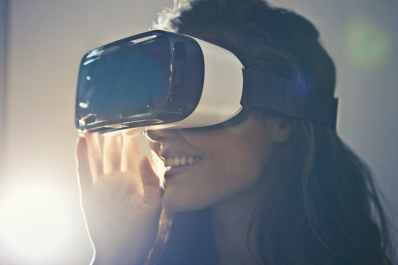 Someone posted that little fact on FB this morning. The man is 87 today.  Happy birthday Mr. Shatner!

Thinking of him brings back some great memories. It’s not just about Star Trek – it’s about a time and the places I was in, and how those times shaped me.

There was always a certain sense of innocence, hope and belief in the inherent goodness of people/life that the Star Trek movies featuring Captain Kirk embodied. I loved that he was so much bigger than life, that his character was so incredibly over-the-top, it was like watching a manic boy scout save the world. You knew that it was all going to work out, the good guys would survive – the only casualty would be the hapless, nameless ensign in the red suit who got chosen for the away team at the last moment.

Entertainment is so different these days. Our heroes are always flawed (realistic), characters we love are constantly being killed (viewer investment) and the outcome is never guaranteed (spinoffs).

I’m not saying I don’t enjoy movies and television as they are now.  I’m just saying it’s different.

And  when I think of those lost times I feel my whole being smile. It was an event to go stand in line for a movie with your friends and family. Entertaining each other, talking, laughing and joking. Begging the staff to let you in so you could go to the bathroom. Rushing to get the best seats. Hurrying to get popcorn so that you didn’t miss any of the trailers or the short before the actual movie.  When the movie finally started you were READY. You were invested.

That doesn’t happen anymore. We pre-purchase tickets for all the big releases. Sometimes our seats are already pre-chosen. We meet moments before the movie theatre doors open, get our popcorn, file into an already dark theatre, sit in our seats and barely say a word to one another. We check our phones to avoid watching commercials and barely pay attention to the trailers because we’ve already seen them on television. There is no such thing as a short anymore, which puzzles me because they are always a category at the Oscars. Who gets to see them?

Going to the movies is just business now. I find myself leaving the theatre feeling empty no matter how good the film was. It’s just something to do. You can say you saw it. But there’s no connection. So sad.

I’m sitting here this morning, writing this while I listen to a Bruce Springsteen music station. It’s my way-back machine. I guess I’m just feeling nostalgic and a little bit yearny today. Wishing for simpler times, simpler pleasures, and, as Bruce sings – a little of that Human Touch.

Well, not everything I did, but I’m going to list the books and movies I watched/read and give a brief review of each.  One or two sentences, that’s it.

2.  Blue Shoes and Happiness, the latest book in the No. 1 Ladies Detective Agency series, Alexander McCall Smith — these books always make me smile.  They’re sweet and gentle and full of lessons on how we should live our lives.  Finally, Mma Makutsi finds happiness, although not through her new blue shoes.

4.  The Friday Night Knitting Club — can’t recall the author, sent this one home with my mother because she’s a knitter.  Not a great read.  Dull, plodding and sappy.  Sure it was written hoping to be made into a movie.

5.  The Fall of the Templars, Robyn Young — this is the third book in a trilogy.  It’s slow and plodding, reads like a history lesson.  But, it is interesting for the historical facts it imparts.  Glad I didn’t read the first two.  Characters are wooden and uninteresting.

1.  Batman, The Dark Knight Rises — loved it?  No.  It’s too dark and very disturbing.  Is it a good movie?  Definitely.  Christian Bale is excellent as Batman, and the story was strong and well-paced.  I’m convinced Jeremy Renner has a cameo as the evil Bane character during one of the prison scenes.

2.  Brave — absolutely fabulous.  I don’t care if it is an animated movie!  Loved everything about this movie — the story, the perfection of the images and the flawless recreation of animal and human movement.  Not just a ‘girls’ movie.  An ‘everybodys’  movie.

3.  The Bourne Legacy — latest of the Bourne movies.  You can’t compare Jeremy Renner to Matt Damon.  And neither can you their characters.  This was a complete departure from what we got with Matt as Jason Bourne.  If they keep making these movies they’re not going to be able to keep trading on the Bourne name.  Was a great summer hit — story driven but with just enough action to satisfy our needs.  Only complaints — didn’t explain the connection between Aaron Cross and the doctor well enough and the motorcycle chase scene was too long.

4.  Dark Shadows — dreadful.  First time I’ve ever been disappointed by a Johnny Depp flick.  (He was good, though.)

5.  Singing in the Rain — what is there to say?  This is a one of my all-time fave’s.  Have seen it on television numerous times, but WOW seeing it on the big screen is an experience and a half.  Woke up singing “Good Morning, Good Morning” this morning.  And Gene Kelly — sigh.

And that, folks, is my entertainment diary for the summer of 2012.  What books did you read?  What movies thrilled you?

It really feels wierd writing the date like that! I wonder if I should just go ahead and start adding the 2 – it’s only one more keystroke, after all.

Just as a strange little aside — Tim and I watched 2010, the sequel to 2001 A Space Odyssey, on the weekend. I didn’t want to watch it, but he kind of forgot to change the channel and before I knew it I was sucked into sitting there watching what was perhaps the MOST boring, pointless movie I’ve ever seen. (Not that the first one, 2001, was really any better.)

My thoughts after the movie were that here was this vision of the future that showed us on the brink of war with the Russians while the destruction of the planet was imminent. Technologically, things looked a little more advanced than they do in reality, but not glaringly so. Of course war was averted, and earth winds up with two suns — a kind of gift from the sinister/benevolent monolith (it wipes out a planet to give birth to some new ones and the new sun. All very symbolic and rather stupid.) Anyway,. . .

. . . in comparison, what’s going on here on planet earth seems a lot more dire than it did in this hoaky little movie.

Movement around the globe is slowly becoming more burdensome, racial, religious, economic and environmental tensions seem to be ramping up to disastrous levels, while our obsession with technology (in particular games and entertainment) continues to grow.  None of these things appear to be related, but I wonder.

Going back to the theory of 2012, where the world is destroyed through our own negligence (as predicted thousands of years earlier by an ancient culture using human sacrifice, hmmm. . .) perhaps the powers that be (those with the $ that control our sad, ignorant little existences) know that the end is near and they have engineered this crazy scheme to keep us all corralled in our own countries.

Problem with that hair-brained theory is: what the hell for, and why would they care? More than likely they’d be like the big Russian in 2012 who was out to save only him and his fat kids. Philanthropy, it would seem will remain an idea exclusive to those who cannot afford it.

And, much as I admire President Obama and all that he stands for and hopes to accomplish, why is it that the Americans suddenly allowed a black man to become their leader?  Or, more correctly, why did the secret society that controls the world (oh, come on now!  we’ve all seen the movies and read the books that tell us about this secret organization made up of the richest, most powerful people in the world that controls EVERYTHING, don’t try to pretend you don’t know what I’m talking about) let him be elected?  The answer is simple — because it’s not going to matter!  In a couple of years the earth will be destroyed and we’ll be nothing but a galactic nightmare.  Unless, of course, the Chinese manage to build those arks.

Hey, isn’t there a big dam project going on in China?

Seriously, I choose to believe that President Obama was elected because people realize that skin colour is irrelevant, and because they recognize the need for change.

I do believe we are being discouraged from too much global travel, but for more practical reasons — to keep us safe from terrorist attacks, to curb fossil fuel use, to help keep our economies strong by forcing us to spend our vacation dollars at home.

Racial and religious tensions are no more an issue today than they were hundreds, even thousands of years ago — but at least now we don’t burn people at the stake or keep them as slaves.  (Well, maybe that still happens – just not in North America.)

And our obsession with technology?  Well, that’s what a creative, curious intelligent species does — it invents, and because we’re all about instant, self-gratification, it only makes sense that we focus on things that entertain the masses.

While in the background the really serious, sinister work takes place. . .